It helps to be philosophically grounded before engaging in the drafting of a Global Bill of Rights. So let us start from the beginning. “Existence precedes essence.” This is a thought from the existentialist Sartre. First we exist. We are born. At that moment of birth, we are not Russian, liberal or conservative, nor any specific religious creed: we are an infant. 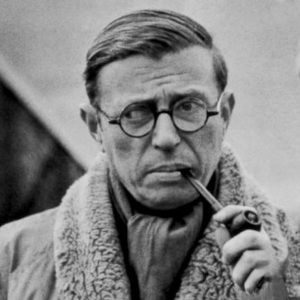 Then we are told stories, who we are, what we are, what we can and cannot do etc. – and we are told these stories in different languages. I am not saying that storytelling is wrong, that some stories are better than others, just that, if we are honest about it, humans make their own meaning.

We come into existence, and then the stories that we are taught, and tell, create the lives we lead.

This is an important realization because as Yual Noah Harari has brilliantly described in his trilogy Sapiens, Homo Deus and 21 Lessons for the 21st Century, often story is confused with reality. People are told that they are this or that and assume they must be. For instance, people may be told that they are of a certain cast, or that their sex, race, or sexual preference is  inferior is reality. It’s not. The only cast we have is existence, and we all share it. 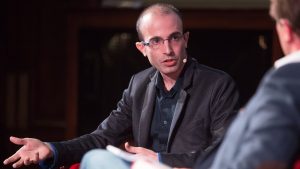 Since existence precedes essence, the question becomes whether we are willing to question our essence. What parts of the story that we have been told do we want to accept, and what parts do we want to change? And can we change them?

The answer is that because each of us exists before our essence is formed, we can change our essence. We can reevaluate. Perhaps cautiously, but nonetheless, we can tell a new story to create a new essence. We can tell the story that slavery is unacceptable, that women are equal to men, that one race is not better than another, to name a few.

And our stories can go on to shape the essence of our lives, shaping a social contract with each other, and those who govern, as to how leaders are chosen, if they can be criticized, whether we will be educated.

There is no perfect story. There is only sharing stories and using our existence to make some agreements about them. By realizing that our essence rests upon story, not upon a reality that we are a particular nation, or a particular religion, we can proceed in a clearheaded manner to decide if stories such as a Global Bill of Rights work better for us, and for others.

Unite’s logo has three purple figures. They stand for Individuals, Nonprofits and For-Profits uniting to write the rules for those who govern through a Global Bill of Rights. 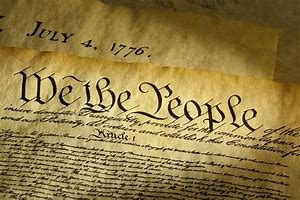 “Governments are instituted among Men, deriving their just powers from the consent of the governed, — That whenever any Form of Government becomes destructive of these ends, it is the Right of the People to alter or to abolish it, and to institute new Government, laying its foundation on such principles and organizing its powers in such form, as to them shall seem most likely to effect their Safety and Happiness.”

Let me be clear, no part of Unite is suggesting that any government should be abolished. Unite is suggesting, however, that through the use of the Internet and other new technologies, the rules for those in power, originally set forth in the Universal Declaration of Human Rights, should be made enforceable in the courts of all countries through a Global Bill of Rights.

The first step to writing these rules is to focus together in support of the idea of a Global Bill of Rights.  This is why Unite has its “Spark of Light” campaign. You can learn more about this by reading Unites booklet.

The spinning globe on the Unite homepage has three colors of sparks: White = Individuals, Green = Nonprofits and Blue = For-profit businesses.

Their combination reflects what the author of Sapiens, Yuval Noah Harari has said is humanity’s greatest power – the ability to cooperate in large numbers. We are at the remarkable point in time when all of humanity can cooperate and the logo for Unite captures this happening.

Please become a spark of light for rights. And if you are part of a nonprofit, or for-profit, ask them to become sparks too.

There is a transition afoot globally. The issue is who will decide when our social contract has been broken. A Global Bill of Rights is the people’s agreement to live together, and the rules for those who govern in exchange for giving them the power to govern. As Rousseau said in 1762, “it is the people who make the machine, the Prince merely operates it.”

But how do the people insure that the machine they build will not be dismantled by those who rise to power? The best way to keep control over the machine is to put the operations in writing, and then have independent judges oversee how it is operated.

The story being told after World War II was that there are some things that those in power can never do, and that we were going to construct a global structure of rights based upon the rule of law, with courts to enforce it, to make sure that this was so. This is why, at the closing ceremony after the United Nations Charter was signed in San Francisco, President Truman told the packed War Memorial Opera House “The first thing we are going to do is prepare an International Bill of Rights.” 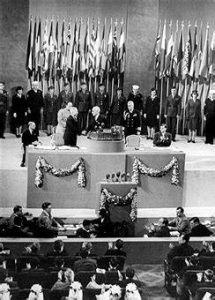 This started to happen with the Universal Declaration of Human Rights, but it stalled. The UDHR is not a Bill of Rights. It is not enforceable. The twin Covenants on Civil and Political and Economic and Social Rights are not Bills of Rights either. They too are not enforceable in courts. That is why it is time to heed President Truman’s call, and prepare an International/Global Bill of Rights.

By becoming a spark of light for rights you can show your support for the idea that someone independent from those in power should interpret the rules for those who govern. This is a key issue in the marketplace of ideas for the 21st century.

Films frequently depict humans as going on to colonize other planets once humans have ruined our own jewel, Earth. 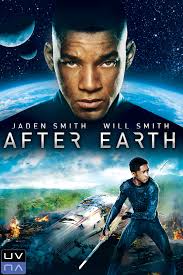 Unfortunately, this bit of science fiction is unlikely for hundreds of years, well beyond the rate with which we are currently defiling our planet. Perhaps humans will overcome existing obstacles to travel to other inhabitable planets, but we will need time to do so, and it won’t be easy. Please read this sobering article by Richard Currier explaining the obstacles we would need to overcome to colonize other planets.

Recognizing these difficulties helps us take steps to protect the incredible planet that we have. The story we should tell is let’s get it together here, and when we travel out there it will be from a position of strength, not fleeing a dump because we couldn’t reach a responsible agreement about how to live together.

While I’m an optimist, we need a sobering view as we are destroying the planet we have.  A new intergovernmental report by the UN shows that a massive extinction is underway that threatens “1 million species” with extinction.

Much of this damage will be done between now and 2050. We won’t be going to another planet like Earth by the time – although I do hope that we will reach Mars. So for now, let’s make the most of what we have.

Watch this 2.5 minute short film to see how they are connected.

One big difference between for profits and non-profits is that for profits realize strength through alliances. Nonprofits can do this as well, and should. There are over 1 million nonprofits today. A Global Bill of Rights would help many of them simultaneously achieve their missions.

Global Citizen can lead structural change along with individual actions by becoming a blue spark with its logo included on the Unite site supporting the idea of a Global Bill of Rights. 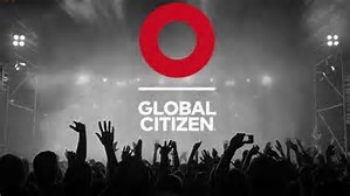 It’s not an either or, but a together. Think of the collective clout 1,000,000 nonprofits will have when they share the story of enforceable rights for all. Our strongest power is to collaborate – as is shown in the film, it’s time to use it!

Humans forget sometimes that we are animals. Perhaps if we were more attentive to this fact we might be more respectful to our brethren. Instead, what humans have, done across all continents, is bring about the extinction or depletion of many species of large animals. In Australia for example, 23 of the 24 large mammal species have been driven to extinction. In the state of California, the grizzly bear adorns the state flag, yet there are no longer any in the state of California. 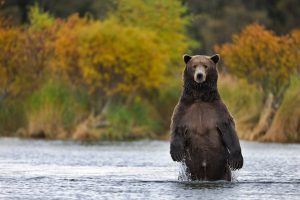 So what is the story with animals when it comes to a Global Bill of Rights? Do they have rights? The answer is yes, they do, and it is easy to understand if you look through the eyes of astronauts. We share this planet with them.

Sometimes people think of the Unite movement as anthropocentric, but it’s not. One of the main purposes of a Global Bill of Rights is the preservation of all species, humans being just one of them. If you look at Article 11 in the draft Global Bill of Rights, it is, in effect, a global endangered species act that would empower lawyers in all countries to represent and fight for threatened and endangered species. It provides good jobs saving rhinos as opposed to bad jobs killing them.

By protecting their habitat, we protect our own. But we do not do this for ourselves, it’s for them. The story we teach children should be that we all share this planet with each other and with animals, and respectful coexistence is the way we live together. 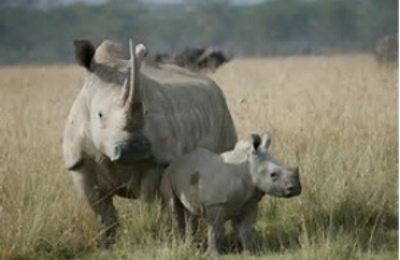 We also have to go to the root causes of extinction. Often they are financial. Poachers had the nerve to kill a white rhino in a French zoo to cut off it’s horn with a chainsaw. That horn is no different than fingernails. Only a sick or desperate person would do this.

This is where education and well-being for all is needed in addition to punishment. There is a strong likelihood that the person who cut off that horn as a kid grew up poor, uneducated, and possibly abused. Such a background is no excuse for actions such of this, and the perpetrator deserves to be put in jail.  Still, it takes a certain kind of person to do this type of act, and as a society with a Global Bill of Rights we would have fewer people like this to begin with. 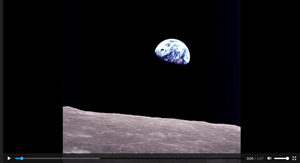 Our Founder Explains the Vision

Please join us and sign your name to support the “Global Bill of Rights”.

Questions or comments about
any of the Articles in the Global
Bill of Rights? Please fill out
the form and send us your comments.
We value your feedback.
Click Here for Contact Form.